Millennium Golf Discs was originally founded in 1995 by disc golf hall of famers, John Houck and Harold Duvall. Houck, now best known as the sport’s premier course designer, understands the meaning of course management. He knows the importance of getting predictable results from predictable discs, and it’s this “play smart” philosophy that Millennium holds true in its line of discs. Millennium manufactures premium golf discs that are designed to cover the complete range of flight shapes and shot types with a high level of control, which has solidified Millennium as a very beginner and amateur-friendly line of discs. However, even though the discs are designed to be beginner friendly and simplifying golfers’ games, they have been used at the highest level of competition. Millennium discs have helped power elite performances worldwide for decades. Some of the most recent achievements were by Millennium’s professional disc golfers Steve Brinster and Randy Beers of the United States, and Niloofar Mosavar Rahmani of Sweden. Brinster won the 2013 United States Disc Golf Championship, Beers won the 2017 Memorial Championship, and Rahmani set a world record for women’s distance at 531.5 ft with a Sirius Orion LF in 2010. 2018 World Champion, Gregg Barsby, also bags the Sirius Scorpius as his favorite distance driver.

Millennium Golf Discs was the first disc golf company to introduce an all-premium-plastic brand of discs. Millennium revolutionized the game with “Millennium plastic,” which offered greater durability and grip than any other discs on the market at the time. This grade of plastic is Millennium’s standard plastic today. As the sport and plastics have evolved over the years, so has Millennium’s line of discs and plastics, but the “keeping it simple” philosophy of the brand has been maintained by staying close to our core molds and shot types as to not over-complicate the line of products or a golfer’s shot decision.
With these two philosophies in place today, it’s perhaps our third, and largely unspoken, philosophy that makes Millennium truly unique in the manufacturing world – Millennium Golf Discs run numbers.

In 2011 the worldwide distribution and operations of Millennium was taken over by Discs Unlimited in Herington, KS. Discs Unlimited started in 1987 and has a primary focus in distribution of all-things disc golf to small and large retailers all over the world. In an industry where manufacturers are also distributors, Discs Unlimited is a rare, but beneficial alternative to sourcing disc golf products. It was this business that originally exposed the owners to the Millennium brand in the 1990’s, and it was this business that made for a great opportunity to align Millennium with another company that is actively placing discs in the hands of countless businesses and golfers every day.

Today Millennium shares a warehouse in Herington, KS with all the discs, baskets, bags and accessories of the sport through Discs Unlimited. The company is owned and operated by the Vahsholtz family, which also owns and operates Discs Unlimited along with a team of dedicated warehouse and office staff. You can contact Millennium at [email protected]. 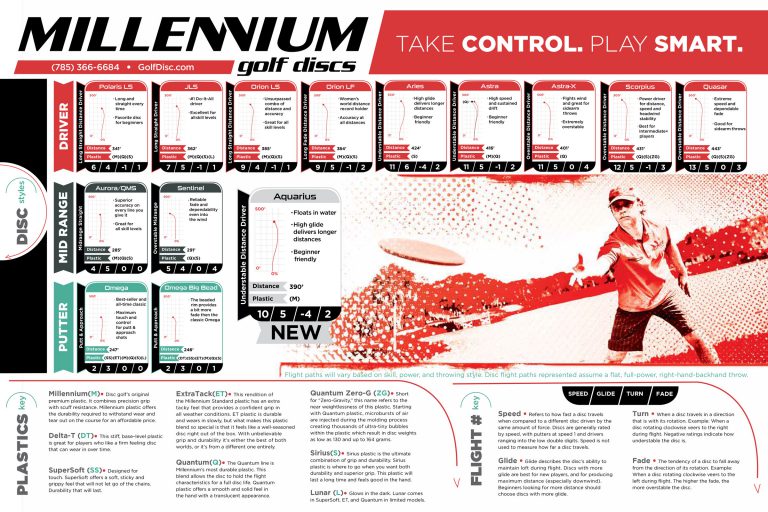 About Our Run Numbers 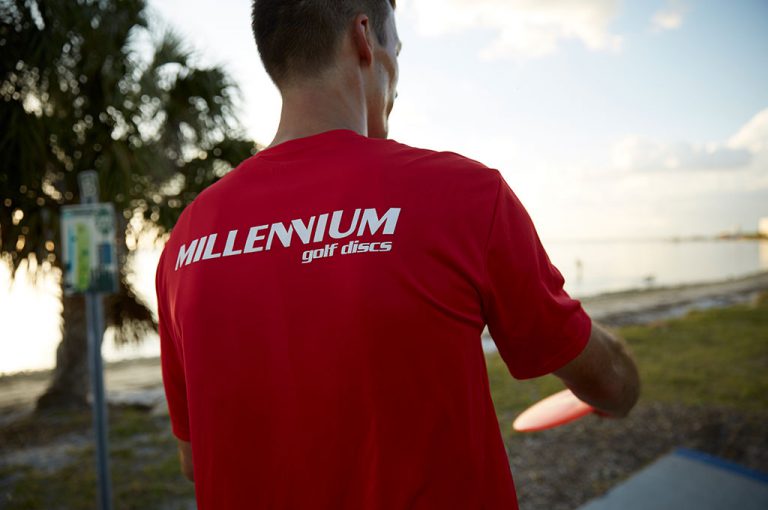