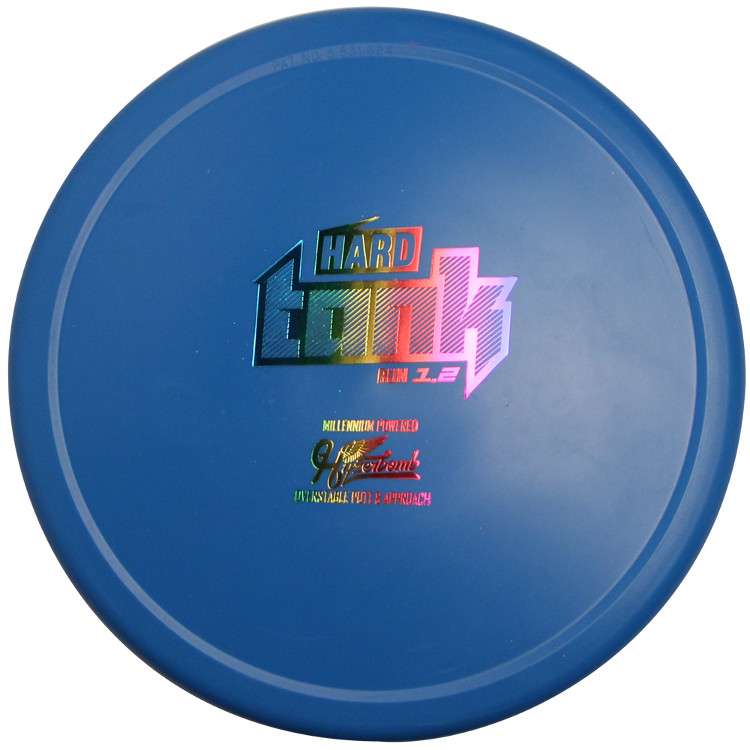 The classic Tank that player’s fell in love with came back as Hyzerbomb’s first disc and was stamped “Tank.” The second run of the tank became the “Soft Tank” made of a softer Millennium Standard plastic.

The Panzer Tank was released at the same time as the Hyzerbomb “Tank.” It’s second run became the “Hard Tank” made of Millennium Standard plastic.

The Soft and Hard Tanks boast a broad sided, chain blasting profile and an extra wide patented thumb track grip. The outer edge is beefed up for a heavy duty feel that makes the disc ‘hover-stop-drop’ which is ideal for treacherous approach shots. Release with power and this disc will hold a straight line with very little glide. It gives you control on short to mid range shots.